The Real McCoy Trail Guide Service:
Offering On/Off Road Leaded / Narrated tours by ATV - MOTORCYCLE - JEEP Including Hatfield McCoy FEUD SITE TOURS / COAL WAR TOURS / OUTLAW TRAIL TOURS. Tours are led and narrated by Don McCoy. Don grew up in this region and began tours of this region in 2000 as a river trail guide and knows the region like the back of his hand and has mapped 1,000 + miles of scenic historic on/off road routes within a radius of only 35 miles of Matewan. Don is an avid historian and direct descendant of the first feud casualty which was his great great grand father Asa Harmon McCoy. Dons grandmother was America Hatfield and is related to Sid Hatfield leader of the Matewan Massacre.  Don takes pride of watching only 15 minutes of the Hatfield McCoy televised mini series. So if you're interested in untold and unsolved mysteries of the feud and interested in visiting non marked feud sites, see the wild horses on the 50,000 acre McCoy Family Playground and see for yourself why Hatfields and McCoys feuded. Plan your tour with The Real McCoy.
Donald R. McCoy
304 426 4700

​This 3 hour tour is a minimum of $250.00  and maximum of 5 people. Tours are available for more than 5. The cost is $50 per ea additional person. This tour visits virtually all the sites where the (ACTUAL FEUDING TOOK PLACE) we stop a minimum of 3 times and includes visiting The Paw Paw tree incident where the 3 McCoy Boys were murdered, site of the hog trial, stabbing of Ellison Hatfield by the McCoy Boys, where Roseanna and Johnse slipped off together, house location of Randolf McCoy where his house was burned and his 2 children killed and wife beaten up, the burial area of the 3 McCoy boys, the cave site area where Asa Harmon McCoy was killed, Nancy and Mary and Jeff McCoy incidents and Johnse and Cap Hatfield incidents, the battle of grapevine along with the story and involvement of Perry Cline and Jim Vance.

It includes visiting the actual feuding site areas. For an additional $75.00 I will lead an additional 30 miles to visit Devil Anses grave site which has a life size statue of him and also passes by the Ellison Hatfield cemetery . That additional trip takes app.1-1.5 hours. We could also travel to Pikeville Ky to visit the Hanging site of Ellison "Cotton Top" Mounts  and visit the cemetery where Randolf McCoy and his wife and daughter Roseanna is buried which would take an additional 3 hours  which would be an addition of cost of $150.00. Total cost for all 3 which would be be a full day trip 7-1/2  hours. Total would be $475.00.

Any additional time exceeding the time set aside for the tour is $50 per hour.

It is to be understood that we cannot stop at all locations due to the fact that some sites are on private property. It is also to be understood that lots of the sites have no markers or any historical structures.  The all day trip will include various stops including a stop for lunch which is an additional cost.

App. 4 miles of the 3 hour section of the tour is optional for your crew which includes a dirt/gravel road that goes to the top of a mountain that overlooks several of miles and lots of the feuding territory area and mountain top removal can also be viewed from a distance. I also narrate during the tour and point out some other historical areas as well.

Located here in downtown is also the site of the Matewan Massacre and you can visit the spot which has a button on the wall that tells the story of the massacre. I have had no complaints of the tour thus far with the exception that most people did not realize that the incidents were as spread out as they are. I think most people thought all incidents happened within a couple miles. And some folks expected to see ruins and more markers but overall all were very excited about the tour.

Discount: A 25% discount will apply to the cost of your  Tour by booking  two nights at The Hatfield  McCoy Resort Inn. 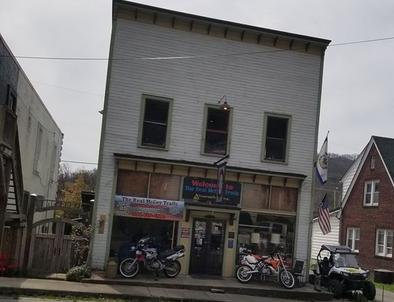 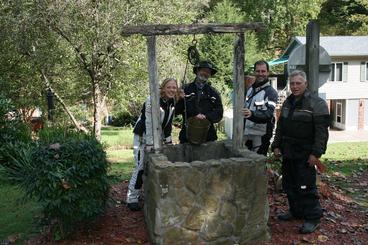 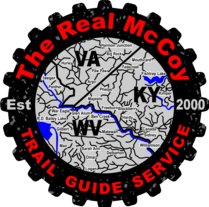 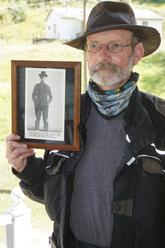